The small transmitter box is the central control element of the H Wireless. In order for the box to be activated, it must either be connected via a USB port or supplied with power via the included power supply unit.

The box is about 11x11x3.5 cm and deep black. The top is matt and decorated with a Steelseries logo, the side panels are high-gloss black. The box itself is equipped on the front with an OLED display, a large rotary control (for volume and menu selection) with a push button (as a selection function) and another small push button (for back or cancel). 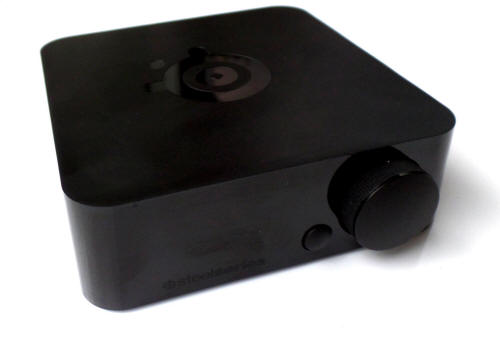 There are a total of six connections on the back of the box. A power connection, the USB connection and optical inputs and outputs, there is also an analog input and the chat-out (analog microphone output). 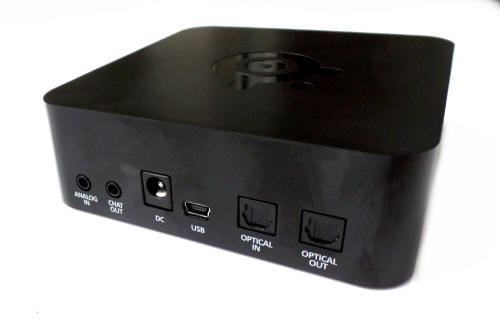 The headset can be operated analog, digital or via USB as a headset. It is also allowed to combine the outputs, i.e. digital input and USB output on the PC. And it is even possible to use these two at the same time and mix them via the chat or live mix function (more on this later).

So that you can easily switch between the options, different sources can be defined in the setup menu (PC, XBOX, PS, Aux, TV). The input and output can be defined for each source (if it makes sense).

It is also possible to create different profiles, between which you can then simply switch back and forth. An equalizer setting can be selected for each profile via the audio menu. You can also create and save your own equalizer settings.

The Dolby Surround mode can also be activated and deactivated in the profiles. The H Wireless supports a total of three Dolby modes. Dolby Digital is supported via the digital input, Dolby Headphone and Dolby Pro Ligic IIx via the USB input.

The setup menu of the H Wireless can be easily reached by pressing the volume control on the box and then using the control to select the various menu items.

The same can be done using the volume control on the headset. Here, a press also activates a menu in which various settings (but not all of the settings that are possible on the transmitter) can be made. By pressing the button you shimmy through the menus Chatmix, Livemix, Equalizer, Sources and Profiles. The controller on the headset is used more for the quick selection of different preset profiles than for the complete setup. 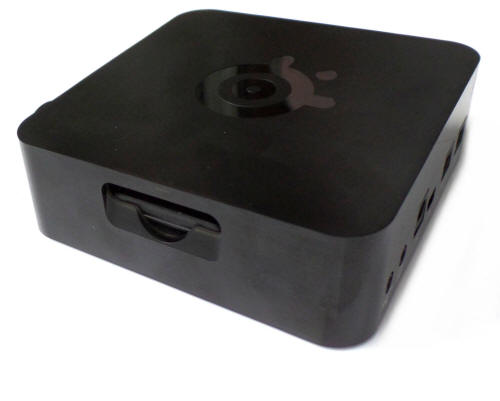 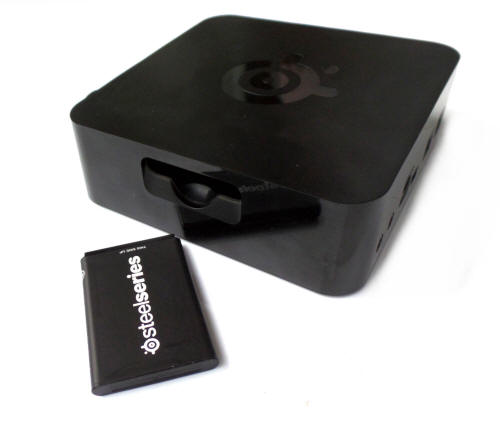 If the headset's battery is empty, you simply remove the battery from the charging station, replace it with the battery in the headset and you can continue listening immediately with a new, fully charged battery. The empty battery is plugged into the transmitter station and it is immediately recharged. Since charging is much faster than the headset consumes, you will never be left with an empty battery. A drastic advantage over other wireless headsets with a built-in battery.

With a full battery charge, the headset played music continuously for about 8 hours in our test at full volume. Under normal circumstances, the battery life will be well over 10 hours. The 20 hours specified by Steelseries can certainly be reached at a lower volume and less intensive use. But thanks to the exchangeable battery, this doesn't really matter, because even with 8 hours of running time, you can use the headset with 2 batteries for 16 hours with just one interruption without charging. In contrast, wireless headsets with a permanently installed battery look extremely weak.

The range of the H Wireless from Steelseries was also convincing in the test. In a direct comparison, it performed slightly better than the Logitech G930 and Corsair Vengance. Whereby we are talking about a half meter difference at about 10 to 11 meters in an apartment with walls in between.

The Steelseries H Wireless uses the multitude of inputs and outputs to offer a really interesting feature. If you connect the PC, for example, via both the optical input and USB, you can deliver the game sound to the headset via the optical channel and, for example, the audio signals from Teamspeak via USB. Since the game sound and chat channel are separated, the headset can combine these two signals via the chatmix function. The balance between the two channels can be controlled directly without the PC via the transmitter station. So you no longer have to fumble with the PC mixer and can deliver a pure digital Dolby Digital signal to the headset to enjoy the perfect game sound and have the chat channel running separately.

And it goes even further. If nobody speaks on the chatmix channel, why should you keep the game sound quieter all the time? Livemix recognizes whether someone is speaking and can then reduce the game sound according to the settings so that the chat channel is better understood. As soon as nobody speaks, the game sound is raised again accordingly. Similar functions are also available in Windows or as a plug-in for Teamspeak, but the setup is not always that simple.