"Pop a Xanny, bitch!" How an anxiety blocker could become the favorite drug of German rap

RIN pops the Xanny, UFO361 mixes Xans with Lean: The drug Xanax is spreading in German hip-hop. Where does it come from and how does it work? What's going on with Deutschrap when fear blockers of all things become a lifestyle gadget? 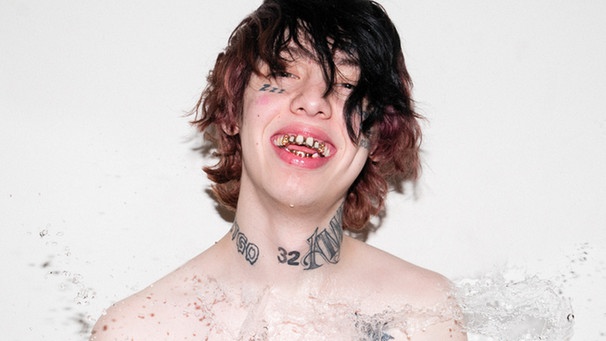 They pop the Zannies, Xans, Z-Bars, Zanbars, Hulks, Planks, Blue Footballs, Bricks, Bars, Benzos, White Girls, White Boys, Xannys, XanXans, the Alprazolam. In 2018, the texts of German rappers read like the minutes of a psychotherapy session. The subject of the hour: Benzodiazepines, preferably the American anxiety blocker Xanax. As a party drug and must-have lifestyle gadget, “Benzos” (benzodiazepines) like Xanax are suddenly appearing in German hip-hop under their many aliases.

For the Berlin rapper Ufo361, Xanax is party, jet set, being first - whoever pops it has something to celebrate. In "40k" it replaces the obligatory champagne bottle. Another example: RIN. The Bieitigheim-Bissinger interrupts the listing of haute couture labels on his new EP "Planet Megatron" to celebrate Xanax. He lives the good in "Avirex" A self-portrait of social advancement: in a designer jacket, sitting in the Lambo, he pops a "Xanny".

The downside of high life: Benzodiazepine cocktails can be found in the autopsy files of Michael Jackson, Heath Ledger, Prince, Amy Winehouse, Tom Petty, and Brittany Murphy. In January of this year, US rapper Lil Peep died of exactly this overdose, just a few hours after taking Xanax in front of his millions of Insta followers. Benzodiazepines are not only a problem for rock stars and actors in Hollywood: In Germany alone, between 1.1 and 1.3 million people are said to be dependent on the drugs.

"I've become a nobody. Nobody understands this pain. I'm done. My own wife kicked me out of the house. I really hope that benzo withdrawal will finally work and this nightmare will finally end. I used to be a successful one, Young man, I was happy - today I am a living dead. I hope it will finally stop soon. Everything. Please! "

So why are German rappers celebrating a drug for panic attacks and depression like it's the fidget spinner? How did Xanax become German rapeseed's favorite drug in 2018?

Benzos as a remedy for anxiety

Xanax is a powerful drug used to treat anxiety disorders and panic attacks. Alprazolam, the active ingredient in it, is one of the benzodiazepines and requires a prescription in the USA and Germany. The American pharmaceutical company Pfizer developed alprazolam in the 1970s. The company sells it as Xanax in the US and Tafil in Germany. People in extreme emotional distress get it, for example if they suffer from acute severe depressive episodes or from severe anxiety attacks. 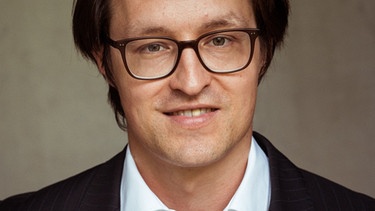 Dr. Stefan Gutwinski, senior physician at the Charité Psychiatric University Clinic in Berlin, classifies the situations in which people are actually prescribed the drug. From his daily experience with depression patients, he knows how alprazolam works and what happens in the body:

"Benzodiazepines are anxiety-relieving, calming and dampening. Sensory impressions are perceived less strongly. Xanax was developed for acute psychiatric patients who are in a state of extreme excitement because it works after just 30 minutes. Many people could be helped in this way - if the drug was right It is still highly addictive. "

Of nervous breakdowns and crying fits

Thousands of people share their lives with Benzos in Facebook groups. One of them is Carla (name changed). She is 23 years old and has been addicted to petrol since 2015. She has been in withdrawal for ten days. She wants to talk to us about her experience with the drugs. From the day clinic she tells us what "Xanny poppen" means for her:

"Xanax makes you calmer and worries go away. You feel weightless. Everything is suddenly simple and uncomplicated. It alleviates bad thoughts. You feel them less. That is of course a nice feeling at the beginning. Only when the effect wears off , reality is back. Then you want to take more and add more. "

Between the morning rounds and the individual therapy sessions in the afternoon, Carla sends us a voice message. Focused and in a clear voice, she tells how it all began for her in 2015, from the beginnings of her benzo addiction:

"I felt very bad at the time. I constantly had nervous breakdowns and crying spasms. I was in acute psychiatry for 20 weeks. That's where I was given benzos for the first time. First Tavor, then Xanax. I didn't want to feel any more feelings, no more emotions. I wanted some thoughts and feelings to stop coming up. At some point the dose wasn't enough and I had to increase it. That was life-threatening. "

She is exhausted from the rounds, the therapy, which is about to begin, is howling every day. The days here are very exhausting. At some point, Carla stopped sending memos, but stayed online. However, we should get a message from her later.

Xanny, make the pain go away

The glorification of Xanax in pop began 15 years ago in the United States. In Memphis, rapper Lil Wyte first mentioned "Xanax Bars" in 2003 in his song "Oxy Cotton". With an enormous increase in the number of prescriptions, the preparation developed into a successor to the sedative Valium at the beginning of the noughties. The cheap prices for the pills on the black market quickly make them a mass problem. 17,000 people were admitted to the emergency room in the United States in 1995 for overdosing on Xanax - in 2012 the figure was around 130,000. Hip-hop superstars like Eminem, who themed Xanax on his album "Relapse" 2009, and Tyler, The Creator write Xanny-Lines.

A new generation has dominated the American Xanax discourse since 2015: Lil Xan, Lil Uzi Vert, Future, Travis Scott, XXXtentacion, Lil Pump, Gucci Mane and Lil Peep. These rappers explicitly disclose their benzodiazepine consumption. Here, however, Xanax is not a status symbol like it is today with RIN or Ufo361: The fear of relegation, which has changed the USA since the bank crash in 2007, is present in its eerily cold pieces. They talk more openly and more vulnerably than it ever seemed possible in hip-hop, of precarious existences on the margins of American society - and of a drug that gets them through the days.

"She say I'm insane, yeah
I might blow my brain out (hey)
Xanny, help the pain, yeah
Please, Xanny, make it go away. "

So far the principle has been in business: Don't show weakness. Now a new type of rapper is emerging: emotional, suicidal, narcissistic, expressive, sad and on top. Tattooed on his face, mumbling more than speaking, he complains of hopelessness. Unstable and always on the verge of a nervous breakdown, he tells of an America that, despite high-quality gold chains and designer clothes, can only be endured numbly. The fairy tale of the self-made man no longer prevents anyone from suicide. your American Dream now requires a prescription.

"I take Xanax as an absolute emergency drop, if nothing helps. 5 drops and I'm completely paralyzed, completely gone. Then it's quiet."

We're All Living In America

The Austrian rap fictional character Money Boy is the first in German-speaking countries to recognize the power and hipness of Xanax existentialism: The enormous commercial success of the American men of pain could also be repeated here. Benzodiazepines should not be missing in Money Boy's staging as Alpen-Lil-Wayne. He and his homies from the GloUpDinero gang for young cough syrup play with the US buzzwords early on. They are working on their image as Xanax addicts - often on the verge of parody:

"Guys, they had because I'm the man
Chill my life and I'll pop the Xan
Fuck the hoes in my van
Hide weapons in the glove compartment
I've been puffing all day. "

Acts like RIN, Lil Lano, Yung Cobain, Trippie Boi and Benzo are establishing themselves in their waters. They look confusingly similar to the American models. They too fantasize about Xannys, Shawtys with Blackout and Hoes in Vans. Difference: the social context is missing. The omnipresent existential fear, the economic disintegration of entire stretches of land, which makes Lil Uzi Vert and Lil Xan's drug the narcotic of a lost generation, does not appear in the texts of German-speaking rappers.

"Popp 'ne Xanny" is there - with a few exceptions - a phrase devoid of meaning and context, a dead sign - an RTL2 remake of "Fear and Loathing in Las Vegas", filmed with teenage mothers in Bieitigheim-Bissingen. Or even worse: As YouTuber and Hamburg rapper Lil Lano speculates in an interview with PULS, everything could also be a pretty big fake:

"All German rappers are currently looking to America and imitating the trends. I do that too. This phrase 'Popp ne Xanny' is spreading like wildfire, today everyone must have just said 'Xanny'. He rapped it, then I have to. I think that very few have actually consumed it. Honestly, it's very difficult to get hold of this drug. I don't think everyone really takes it. Most German rappers are simply dazzling. "

Lil Lano - in an interview with PULS

German rap's new generation uses “Popp 'ne Xanny!” Without history or origin: the talented Berlin-based Yung Cobain, who has just been praised by recognized hip-hop journalists as the rapper of the future, has mounted his head on a Xanax tablet in the artwork for a song. He also pops the Xannys in his lyrics. Some questions remain unanswered in the interview.

"What is Xanax? Hm ... (hesitates), isn't that a drug that you can get a prescription? It's ... so calming, doesn't it? Do you take it for depression? I haven't packaged that many. Rapping on Xanax means yes, not taking Xanax every day. "

Yung Cobain - in an interview with PULS

Carla calls us one last time from the rehab clinic. Before contact with her is broken and we no longer receive any information from her about her condition and the progress of the therapy, she sends us a voice message.

"Nobody really wants to experience that. The withdrawal just can't be compared to anything. Xanax was like a button, like watching a horror movie and you could just turn off the TV. It just worked so well at the beginning, it's like cloud 7 and the Heaven on earth. I wanted to have that over and over again. Over and over again. It was a great feeling to know: I only have to take two or three pills and all problems are gone. You just forget them. Sleep. The world is over. But you just have to keep increasing the dose to feel that. The higher the dose, the worse the case is afterwards, when the effect wears off. If the effect wears off, it's hell on earth. "

Information: The mentioned rappers - with the exception of Yung Cobain and Lil Lano - declined the interview requests.