"The Messiah has almost no relevance to the Jews"

Zurich, December 14th, 2017 (kath.ch) At Christmas, Christianity celebrates the birth of Jesus Christ. Jesus of Nazareth is the Messiah for the Christians, but not for the Jews, from whose tradition the word comes. Are the Jews still waiting for a messianic figure of salvation whose coming will turn everything for the better? kath.ch asked the Jew and theologian Annette Böckler * (51).

The Christians accepted Jesus of Nazareth as Messiah. The Jews did not do this. Are you still waiting for someone else, the right Messiah?

Annette Böckler: The Messiah no longer plays a role in the religious life of Jews. Apart from a few prayers, it has next to no relevance within the Jewish community. Only when we are asked - as you do now - do we worry about him. A rabbi in London, a friend of mine, once said: "If Christians didn't keep asking, we would probably have forgotten the word 'Messiah' long ago."

Does that apply to all of today's Judaism?

Böckler: There is a minority who still expect the Messiah as a person. These are ultra-orthodox and Hasidic currents within Judaism. They understand the Messiah as a person, as a mystical figure. And they also see God much more actively than the progressive Jews. That is why they say, for example, that it was a mistake to found the State of Israel. This would be one of the actions of the Messiah, they think.

At the time of the Enlightenment, most Jews rejected the belief in such a figure of salvation as something irrational. Many Jews today believe that the future will be a good, a messianic time. And they combine the expectation with a goal of action: If peace is to come, I have to make my contribution.

And personally, do you expect the Messiah?

Böckler: I expect the messianic time as the goal of my actions, but not a Messiah figure. When the Messiah is mentioned, I think of a time.

As a modern Jew, what do you understand by this messianic time? 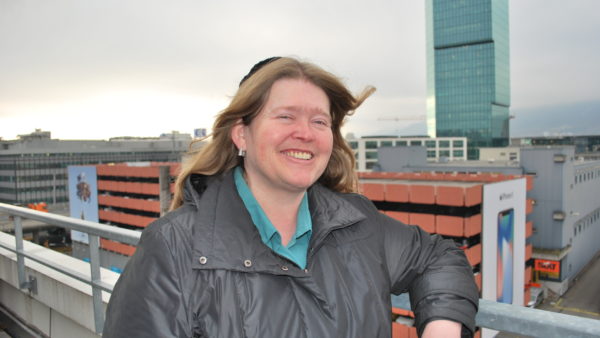 Annette Böckler wants to do something so that the messianic time comes. | © Barbara Ludwig

Böckler: A time in which our world and our society is as it should be according to the Torah: fair, respectful of people, animals and the environment, non-violent, diverse and peaceful. A world where diversity is seen as wealth and different creatures live together in peace.

The prophet Isaiah once used the image that a lamb is sitting next to a lion and a child is playing at a snake's den. The messianic time has come when this becomes a reality. - But just not in the way a Jewish joke says: It already works, you just have to replace the lamb on a regular basis.

What are you doing to make that time come?

Böckler: I work at the Zurich Institute for Interreligious Dialogue, an institution that promotes dialogue so that people understand their differences. Then I try to work for peace and the resolution of conflicts in my environment. I can't change the world. But I can help us, at least in my environment, to approach the expected time of peace through my behavior.

What was the expectation of the Messiah like during Jesus' lifetime?

Böckler: At that time the expectations among the Jews were very high. The Romans ruled Israel. It was a very apocalyptic time. Different groups had their candidates.

"The Jews came to the conclusion that all talk of the Messiah only leads to disaster."

And they were more or less active. The Zealots, for example, thought: "We help after the coming of the Messiah by taking up swords ourselves." Others like the Essenes moved into the desert. They were convinced: "We have to live very holy for him to come." The idea that the Romans do not have the final say was very strong in the minds of these groups.

What did they expect from the Messiah? 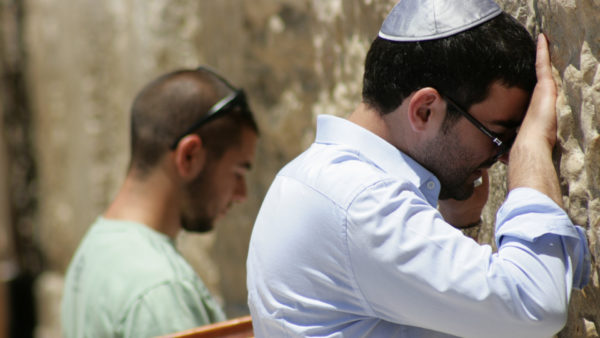 The Jews hardly think about the Messiah anymore. | © pixabay.com CC0

So should he be a political leader?

Böckler: Yes, definitely. He was expected to restore Jewish rule over their land.

One does not get the impression with Jesus that he wanted to be a worldly leader. Is that why the Jews rejected him as the Messiah?

Böckler: Yes. Nobody seemed to see him in that role. But there was another reason. The Bar Kochba uprising (132 to 135 AD) was a very decisive experience for Jewish theology. After this uprising against the Romans had also failed, a traumatic situation prevailed in Israel. Circumcision was forbidden, as was learning the Torah. In short: the Jewish religion was banned. As a result, the first rabbinical script, the Michna, was created. It has thrown all political, apocalyptic and messianic ideas overboard - for the sake of peace.

"In the Middle Ages, Jews were quoted before Christian kings."

The Jews came to the conclusion that all talk of the Messiah only leads to disaster and is not at all important for the practice of religion. It was now thought that the political struggle for power would ultimately only lead to the fact that one could no longer practice Judaism. Instead of kings, rabbis - that is, scholars - should rule over the Jews. The aim is not political power, but knowledge and lifelong learning.

The expectation of the Messiah was destroyed by the Romans almost 2000 years ago. Nevertheless, it can still be found today among the minorities you mentioned. Has Christianity worked back on Judaism here?

Böckler: Yes. The talk of the Messiah is first found again in the Talmud in the sixth century, and there it has polemical tones. In the Middle Ages, Jews were quoted before Christian kings and their courts to answer questions about the Messiah - so it was something that had to be dealt with. Back then, the Church wanted to prove that the truth lay with her. Our other position was quite irritating

* Annette Böckler has been Head of Judaism at the Zurich Institute for Interreligious Dialogue (ZIID) since the beginning of May. She is Jewish and comes from Germany. There and in Bern she studied Protestant theology with a specialization in Jewish Studies. She has dealt with questions of interreligious dialogue as a scientist and as a publicist.